The new 6DOF extension boards are in production

This is a photo of a (still incomplete) 6DOF extension board for VFD v2 that I got yesterday in my email (Thanks Shawn): 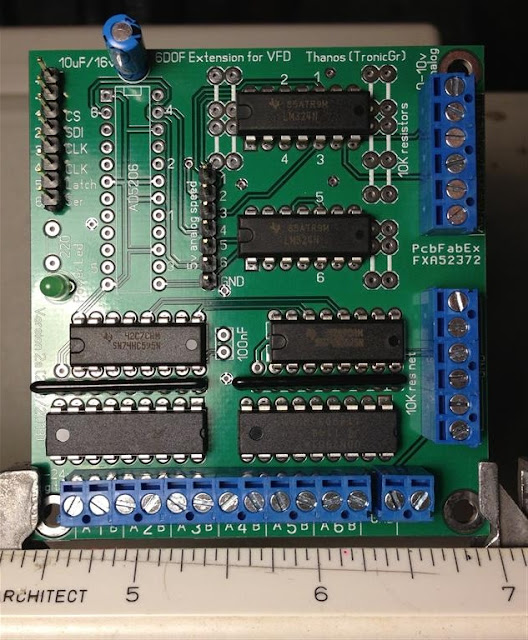 Its smaller in size than the first prototype and the quality of the board is superb!! The ruler is in Inches. I hope to have them delivered to me in a about a week.

I'm pleased to announce that I have a new AMC motion controller available now called AMC1280USB.

It runs with the same features of the AMC644USB plus some extra features and easier accessible ports. Its built around the ATmega1280 microcontroller that leaves enough extra ports for features like 6 true PWM channels for smaller DC motor 6DOF models and many extra features still to be announced.

As the ATmega1280 is surface mount part I decided to use a arduino mega as base although I don't use the arduino libraries or bootloader at all. Actually I have to remove the DTR signal from the arduino board as its not needed with my bootloader and causes unnecessary resets when you open the com port from any motion software.

Here are some photos of it: 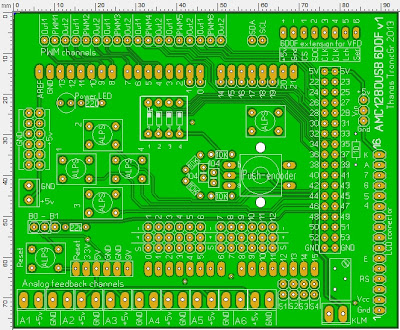 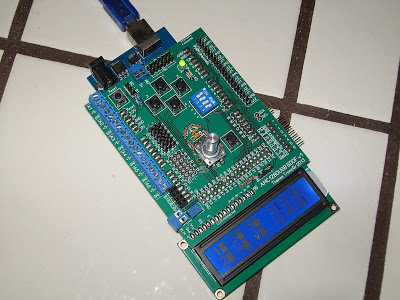 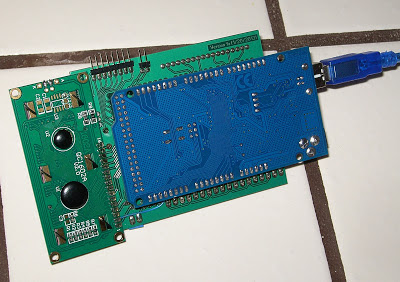 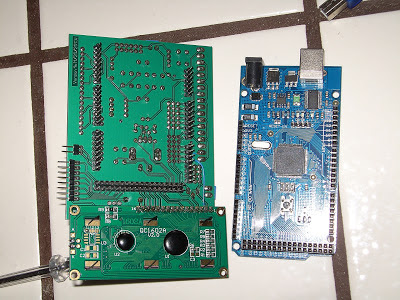 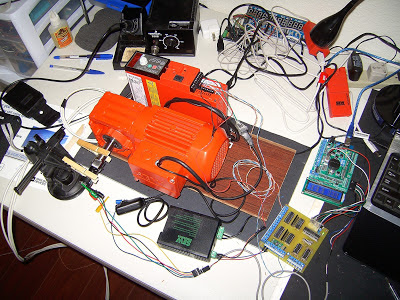 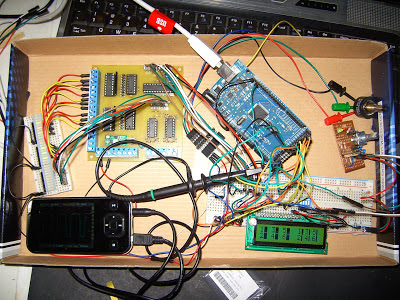 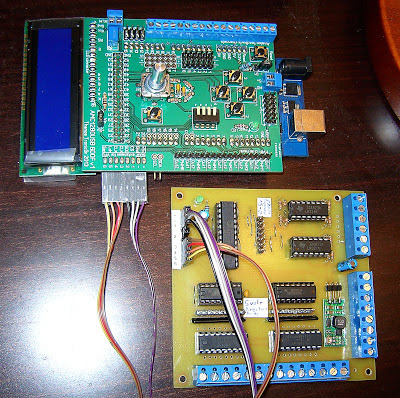 And here is the newer version of 6DOF extension board for VFD inverters that is also in production right now. 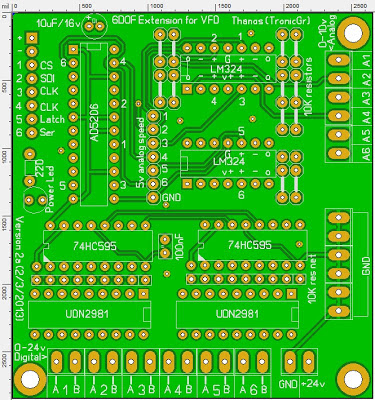 More technical details will be announced soon as well the support files library in the "projects" page.

Posted by Thanos TronicGr at 9:50 AM No comments:

Riton video of his simulator with his AMC644USB

Posted by Thanos TronicGr at 3:42 PM No comments:

Here is a video of some quick tests I made today.

Posted by Thanos TronicGr at 5:53 PM No comments:

Just received some goodies from France!!

I just got in the mail a nice complete demonstration set from SEW Eurodrive that includes:

It was a pleasant surprise fromVic Alsace which I would like to personally thank!!!

Here is the contents of the huge box next to the AMC644USB and the 6DOF extension board. 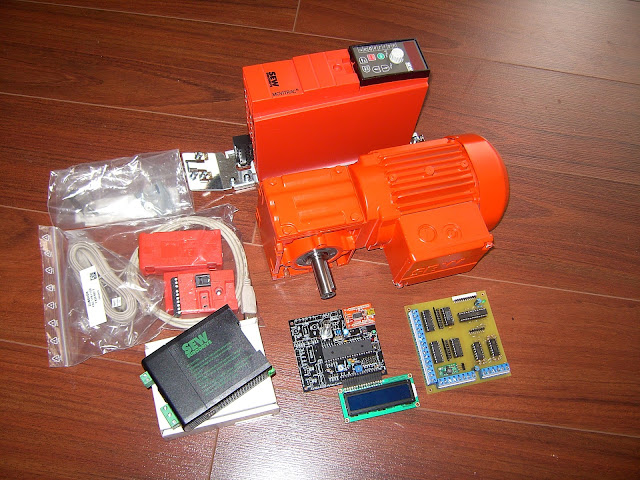 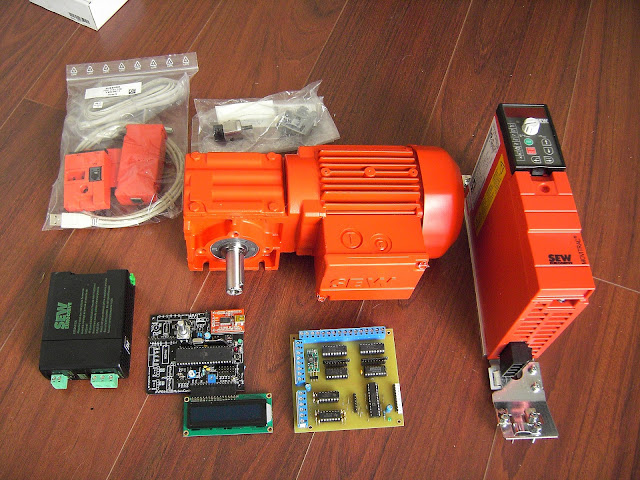 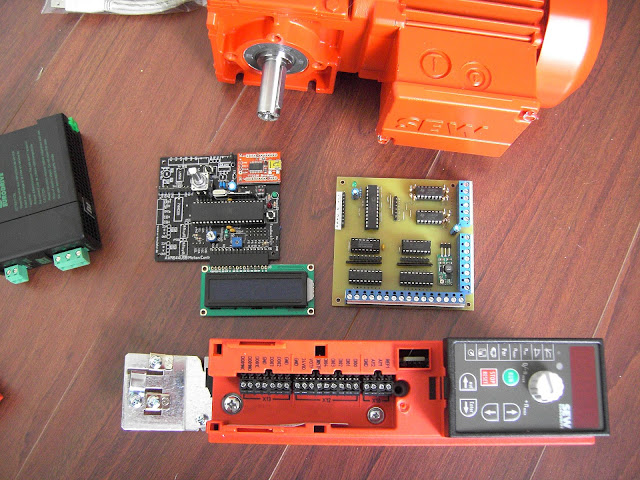 I'll get everything up and running for demonstration videos the next few days.