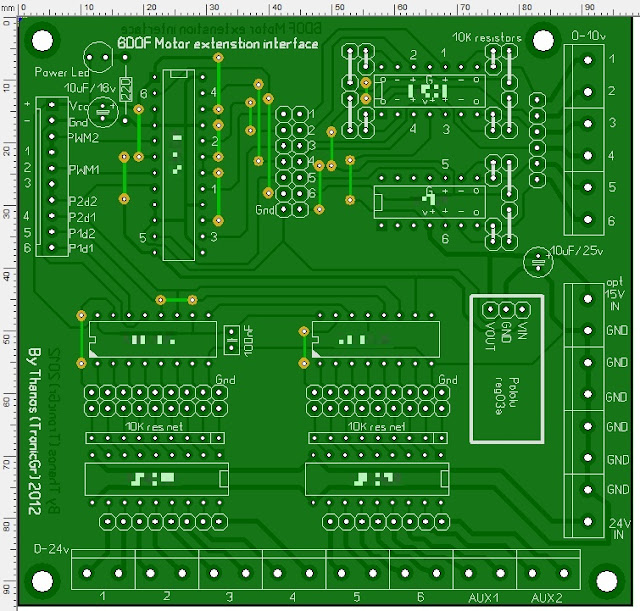 Posted by Thanos TronicGr at 4:56 PM No comments:

Something new is coming...

I got some extra outputs available... say 6 analog and 12 digital...

Anyone for a 6DOF extension? 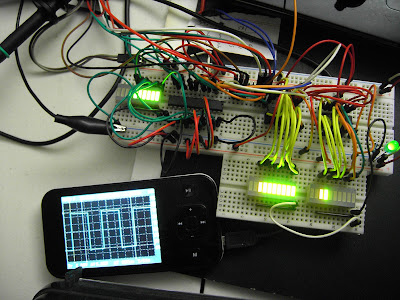 Posted by Thanos TronicGr at 6:36 PM No comments: 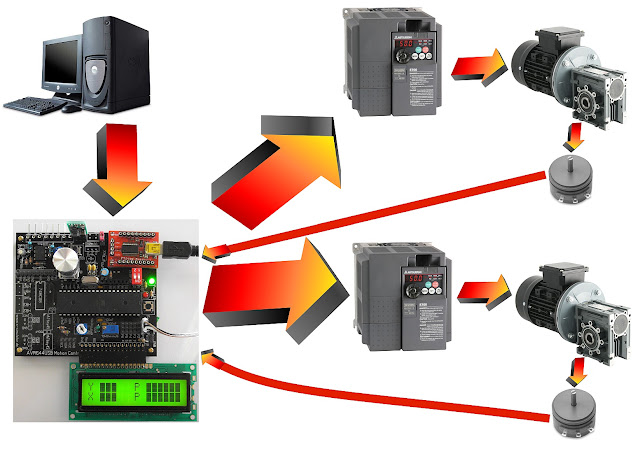 Posted by Thanos TronicGr at 1:35 PM No comments: 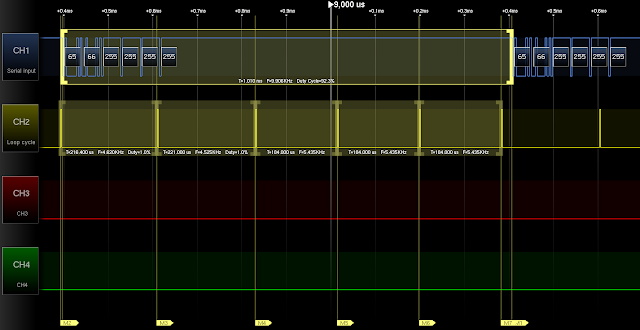 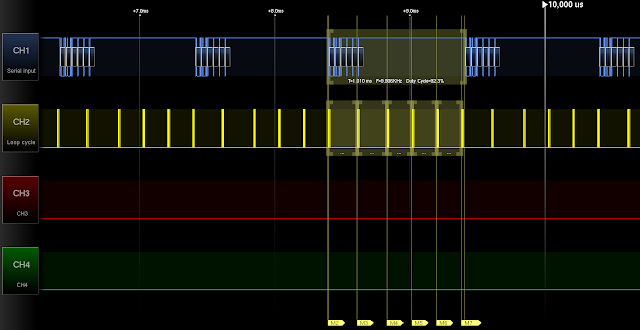 Posted by Thanos TronicGr at 11:55 AM No comments:

It was time to test new higher serial baud rate speeds today. I reached up to 230400bps with no problems. I used a logic analyzer to capture the serial input next to the loop cycle of the firmware.

I got a really good surprised by the results as with the constant improvements, I forgot to check how fast the main loop speed was going. 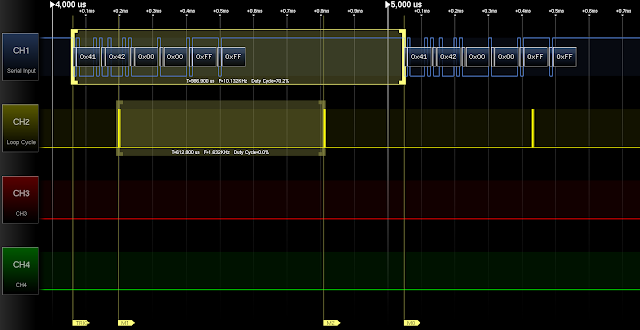 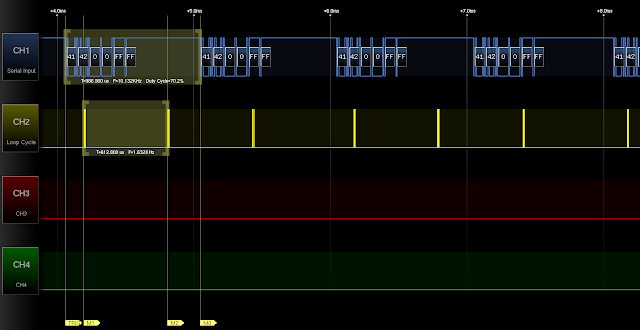 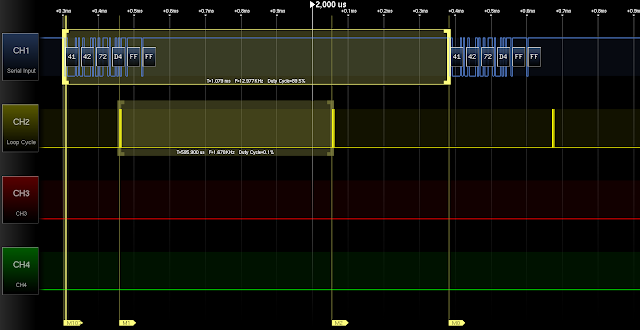 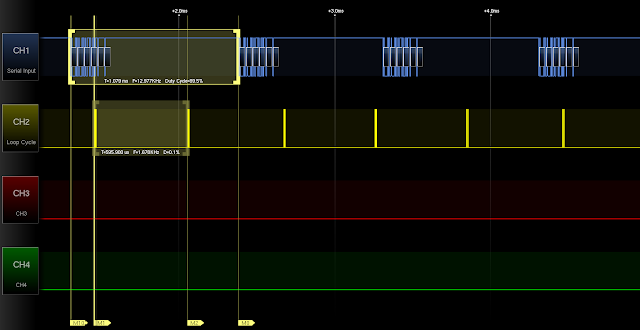 The above measurements are with ADC inputs as position input. 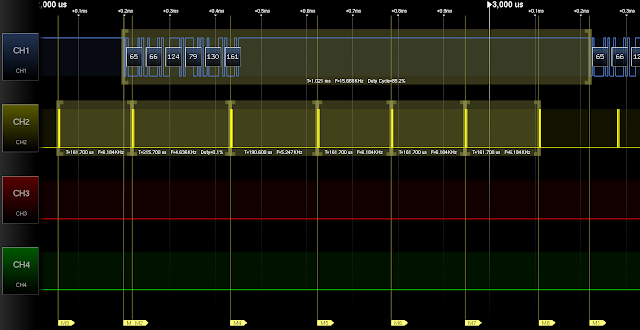 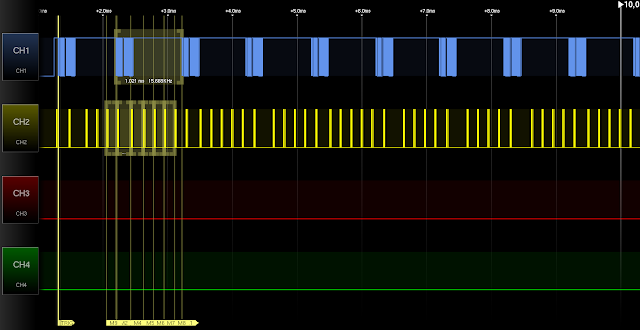 The average loop cycle of the main program is around 5000 times per second now (5KHz). The variation is because of the extra delay introduced during receiving data packets.

Thanks for looking,
Thanos

Posted by Thanos TronicGr at 12:47 PM No comments: